As you know I will be participating in an Initial Coin Offering (ICO) at the end of the month. If you have not done so already you can sign up to be notified when I complete my post on why I am choosing to invest in the ICO:

That being said I thought it would be useful to pull apart a successful ICO Ethlend and try to understand what made it possible. 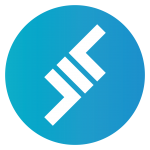 I’ve chosen Ethlend because Eddy Lubof, a friend of mine who is currently in the process of setting up his own blog and owns a popular Facebook group, bought 10000 tokens at the ICO stage, this means we have the chance to pick his brains on why he chose the ICO. Eddy will also be investing in the ICO that goes live at the end of the month.

Ethlend is a decentralised peer to peer lending platform based on the Ethereum blockchain (ERC-20). Read more about how ICOs and ERC-20 work. Owners of LEND the Ethlend token can earn interest from their tokens by lending them to borrowers.

What problems does Ethlend overcome?

Ethlend creates true global lending which means more competition and better liquidity amongst lenders, less control for banks and the disappearance of interest rate differences between countries. The loans are secured using ERC20 or ENS domains as collateral which eliminates the need of subjective assessment of the borrower, unsecured loans can be given dependent on borrowers reputation (a proxy for credit score). The Ethlend system allows lenders to place loan offers  and borrowers to place loan requests.

This information was all freely available at ICO stage and it was not without competition – SALT. SALT was already at a couple of dollars per share at Ethlends ICO launch date and was based on the same idea, SALT is now sat at $10.66. Some saw this as a put off but others like Eddy saw the opportunity, he bought 10000 tokens at $0.01 at the ICO stage selling them yesterday at $0.26, he is going to use this investment for the upcoming ICO . The price per token is now $0.21 (so good call to sell yesterday from Eddy). It has been up to $0.43 per share. To put this in perspective Eddy received 26 times his investment. It is much easier to take a $0.01 token to $0.26 than it is to take a $3 token to $78. This is why ICOs carry the potential for massive rewards but also carry the greatest risk – that the tokens will be worth nothing after the ICO.

I asked Eddy why he bought:

Hi James, so here is my opinion on Ethlend and the reasons for its success. To start of with it was a great name, now this may sounds mundane but almost all the successful coins have great names and the names have something to do with the industry; Bit, Electro, Cash, Token etc. (there are obviously examples which disprove this but the majority fit into this) – thus ETH (Ethereum) LEND instantly caught my eye and to be honest I straight away knew what their idea was, you can lend your ETH tokens and get % for doing so. After doing some whitepaper research I looked at the market and saw that SALT was their only major competitor (at the time) and their price was over a number of dollars at that time (showing me that this has potential if executed correctly). The second step I took was to join their telegram group. Now hands down James even to this day the Lend community on telegram is the best Crypto community I have ever joined (not one of the best but the best) every one works together to promote, to vote, to spread awareness and HODL the coin.

What I see wrong with so many projects is that their community is not updated and does’nt have faith in the coin and this creates sell off instead of holds, but at the same time the project itself makes people want to hold their tokens simply because they can lend them and make profit and just wait for the tokens to hit that 3-5-9 or more dollar mark

The ADMINS were always responsive and answered almost 100% of the questions even when they were asked 100x times over and over. Not a lot of community admins do this the just give up and say read the pinned post. Now the actual owners and directors, they went out and did it, they didnt sit in their office and try ride it out they went out and made partnerships for example with swiss borg (another ICO) and they would keep the community updated thus creating a hold they also promised to reinvest 20% of their earnings into buying new coins and I have seen this and it created a huge price inflation.

Thanks for that Eddy!

Telegram is a group chat application that most ICOs run, it works like what’s app. You regularly see 20k+ members in these groups.

What creates a higher price per token is investors holding on to them (HODL). To do so the investors need confidence in the project. The benefits of  Ethlends project spoke for itself and was already proven by an established competitor. I think what made this project increase in price in the face of an established competitor was great management by directors and employees (community admins on Telegram) which was underpinned by an active community who were confident in the project.

ICOs with an established competitor may get overshadowed but the positive side is the competency of the project itself is already proven which is a large part of the equation:

When looking at our ICO at the end of month I will apply this equation to it to see how it stacks up!