In fact the total Cryptocurrency market capitalisation is sat at $492 billion which is another $66 billion down from the 16th, in total $236 billion has been wiped out since 15th january, that’s a 32.5% drop in market capitalisation. As with most people invested in Cryptocurrencies right now my open trades are taking an hammering so I’ve taken a couple traders opinions on when they think Bitcoin and ultimately the markets will take an upturn. 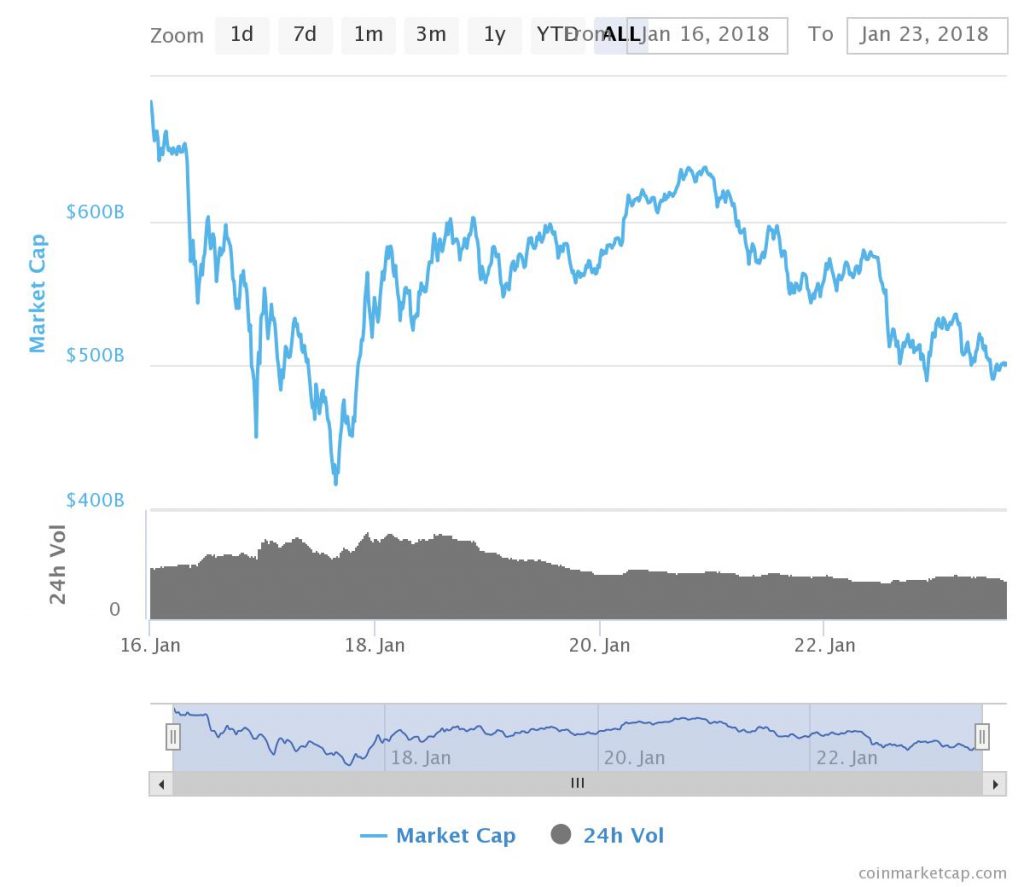 Jay Smith a trader I copy who has a 12 month return of 300%+ on Etoro wrote yesterday:

Crypto’s taking some time to test that bottom again, not a big deal. Plenty of people asking where I expect to go, plaase check back a few posts and you will see that I called the 9k buttom following Bitconnect, then a couple days later said there is a chance we will re-test it before recovery begins.

I also said that March is around the time we should see Cryptos back towards new heights, specifically Bitcoin, Dash 1 month later. This is based off current fundamentals such as expected time for LN to really begin pushing into mainstream wallets and services for Bitcoin and Dash to release its new wallet and more details on Evolution.

Ethereum as I said many months ago is at increasing risk of EOS but should still perform very strongly.

tldr: stop panicing, go outside and forget about the markets for a bit.

Omkar Godbole of Coinbase wrote that he expects Bitcoin to hit around the $9100 mark today. His predictions are:

Outside of traders and charts yesterday India froze major Cryptocurrency exchange accounts, this could be a step towards India being the next country to issue severe restrictions or even ban Cryptocurrencies.

Looking at the news and trader opinions I would say things are going to get worse before they get better, however the $9000 mark maybe the time to buy Bitcoin.

If you would like to practise copy trading or trading Cryptocurrencies on Etoro, you can sign up to a practise account with dummy funds so you can get familiar with the system before investing.